A Brief History of Probiotics

The history of probiotics began thousands of years ago when people learned how to ferment foods and discovered the beneficial effects of consuming fermented foods. Fermentation is a process that breaks down the sugars and starches in food and turns them into an alcohol or acid. This process became popular not only because it helped keep food from spoiling but also because it created different flavors of foods and provided possible digestive benefits.

It was the advent of microbiology, the study of microscopic organisms, which led to scientists connecting fermented foods to health benefits by way of bacteria. French chemist Louis Pasteur was the first to conclude that microorganisms are the cause of lactic acid fermentation in 1857.

In 1895, Élie Metchnikoff proposed that Bulgarian peasants lived longer than average lives because they regularly ate fermented yogurt. And in 1907, Metchnikoff wrote, “the dependence of the intestinal microbes on the food makes it possible to adopt measures to modify the flora in our bodies and to replace the harmful microbes by useful microbes.” His book, “The Prolongation of Life” was the first scientific explanation of how eating foods that alter the microflora in the gut could have health benefits for humans. He won the Nobel Prize in 1908 for his work in immunology. 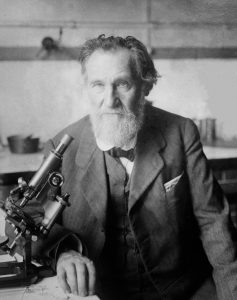 Minoru Shirota, a Japanese microbiologist, discovered bacterial flora that is able to survive travelling through the digestive tract to the gut in 1930. He was able to isolate and cultivate the strain now known as Lactobacillus casei strain shirota. The first commercially marketed fermented drink containing bacteria, Yakult, was made available in 1935 and was based on the work of Shirota. Yakult is still manufactured and sold all over the world today. 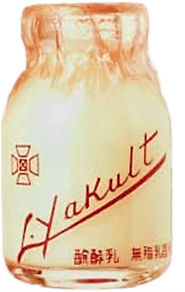 The term probiotic was first used in 1953. Literally meaning “for life,” it comes from the Latin word pro and the Greek word bios. The definition of probiotic has evolved from its first use in 1953 when it defined probiotics as “various organic and inorganic supplements that were believed to have the ability to restore the health of malnourished patients.”

Probiotics are now defined by the World Health Organization as “live micro-organisms which, when administered in adequate amounts, confer a health beneﬁt on the host.” Probiotics are available in a wide variety of products, from capsules to yogurt to chocolate. And most recently, probiotics can be found in skincare products.